How to Qualify For Nevada Annulment . . . 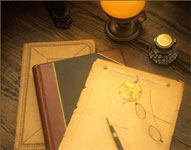 Understanding annulment qualifications for allowing annulment of marriage in the state of Nevada will aid you in the process and help you to better understand your rights under Nevada law. Please read this page and review the all of the following information to see if you qualify.

All couples who want to annul their marriage in Nevada must satisfy two basic requirements before filing for annulment. First, you must either have been married in Nevada, or one spouse must be a resident of the state for at least six weeks prior to filing the complaint. Second, at least one of the legal grounds necessary for obtaining an annulment must be met.

First: What is a Legal Resident?

Before initiating an annulment in the courts, you need to make sure the court will have proper jurisdiction over your case. This means you must meet certain resident requirements.

To become a Nevada resident means that you will have to spend some time in Nevada to get certain things organized in order to meet the requirements. A legal address for residency means that you must have a street address, not a PO box or private mailbox. All 50 states generally have the same rules when establishing residency in a different state, however, it’s important that you contact us so we can check any specific details that may apply to your specific needs.

To avoid your case from being dismissed, make sure that you contact us so we can determine if you meet the Nevada residency requirements. You will need to have a Nevada resident sign a 2-page affidavit (Resident Witness Affidavit) stating that they have seen you living in Nevada for at least 6 weeks. But don’t worry too much about this, as we will help you in the process of getting this done. You don’t need to show a Nevada driver’s license, utility bill, paycheck or anything else to prove that you’re a resident of Nevada.

Second: What is The Reason?

You need more than just slight regret to get annuled in Nevada. The state will annul your marriage if you or your spouse falls into a certain category. For instance, your marriage can be considered void if the marriage involved relatives, or one party was drunk during marriage, health issues, age issues,. or dishonesty by one party before the marriage. Below are a list of possible scenarios;

We will help you to meet the annulment qualifications. After 29 years of providing annulment services, our success rate is almost 100%. Therefore, we guarantee the annulment will be signed by the court. Simply complete the Questionnaire to start the process.

Nevada Annulment Questionnaire. Call us at the above-referenced telephone
number if you have any questions.

WE FILE AND PROCESS YOUR ENTIRE CASE FOR YOU

NO HEARINGS TO ATTEND

REASONABLE COST, MUCH LOWER THAN ATTORNEYS